Bricks to clicks : The LEGO experience 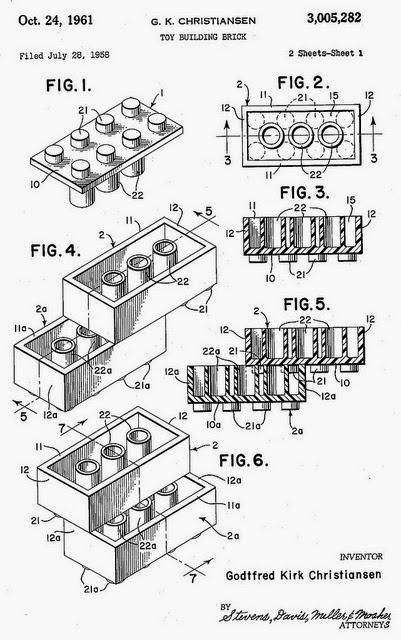 Over the last 20 years, the world of consumption has changed drastically. Indeed, we can now talk about dematerialization of the world, letting our tangible objects being replaced by digital and virtual ones. The challenge for LEGO has become to satisfy new generations of consumer (Y, Z  ), with the question of maintaining sales on their primary tangible product, construction toys.

By the late 90s the company has known serious difficulties, facing this business issues. Indeed, with the generalization of video games, children expected more technological toys. Lego has tried to cope by diversifying indiscriminately (cinema, video games, amusement park, or clothing). However, the group has pushed the strategy too far, even sales increased, the benefit dropt down. In 1998 the group knew the first loss of its history. The group had to fire a lot of employees and the Brand image was really damaged.“We have diversified ourselves too much and too quickly in businesses that we do not know” said Jorgen Vig, the new CEO of the brand.
This issues which dropt down the company allowed the stakeholders to think to a smarter strategy in order to fit closer to customer needs and to propose a better answer to its new business issues.

After 2003 when LEGO was close to bankruptcy, they had to re-think their innovation process in order to make the company stable and profitable. Legos’ CEO and its teams decided to take steps in the innovation of his core product which is the games for the kids. The big challenge for LEGO was to renew their innovation power. To fill success, they needed a collaborative method to enhance a process involving designers, markets analysts, researchers and users. “The starting point was that at every meeting we talked about the need to be more innovative – but how?” says Torsten Bjørn, who was one of the key drivers of the project Design for Business (D4B).

Organizational architecture required to exploit today’s strategy is different with the architecture required to explore (Tushman and O’Reilly, 1997). That’s why LEGO’s ability is not only to execute their traditional plastic bricks but also to innovate into fundamentally different types of toys. LEGO were only able to break out of their stagnation after performance crises triggered external leadership succession. The re-inventions are initiated under crisis conditions, they are easier to motivate than strategic renewals. LEGO re-invention was made more risky because new leader Torsten Bjørn had to lead changes in firms ‘fundamental core values associated identities. 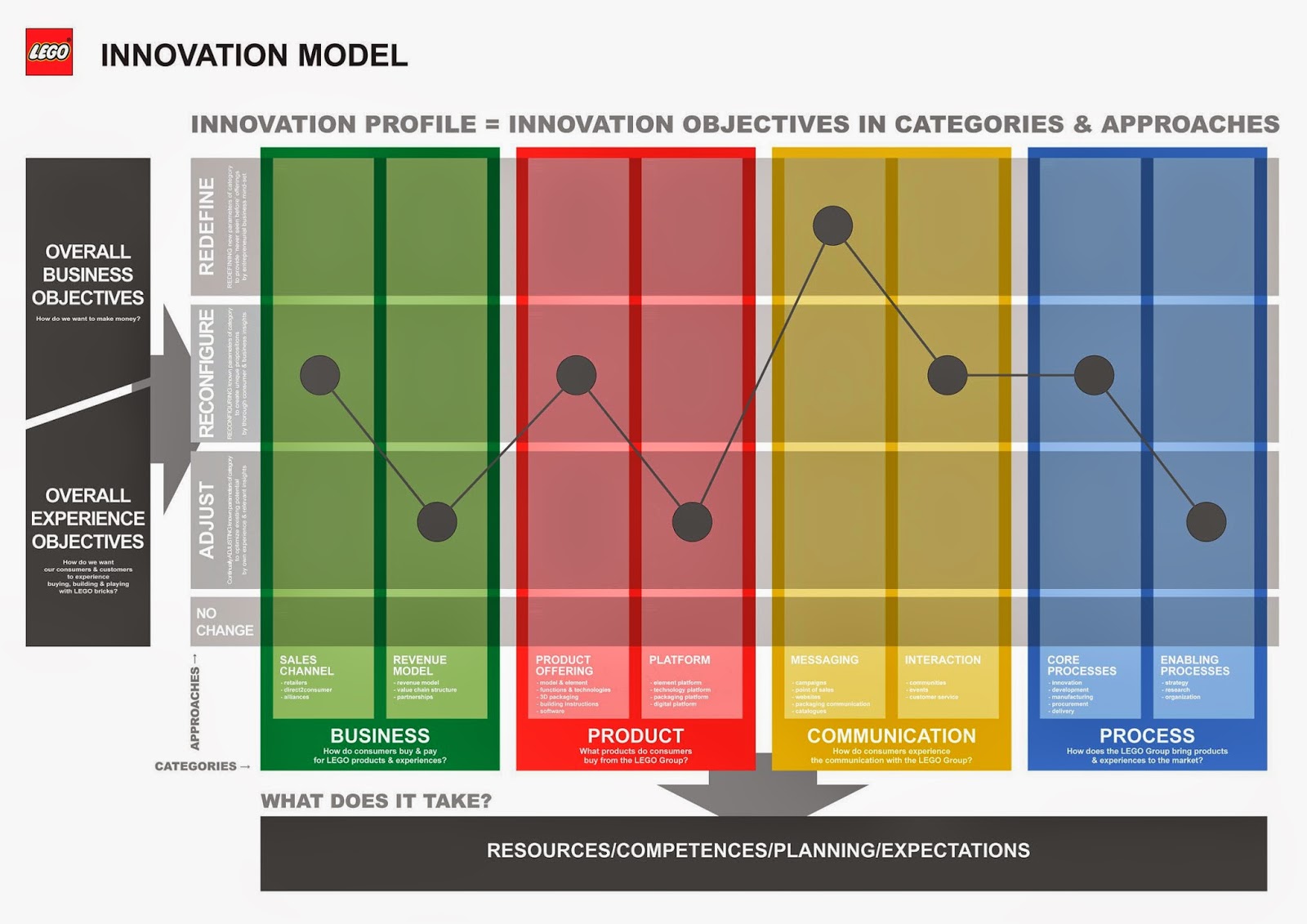 The new structure would allow to LEGO to strategically coordinate innovation activities, led by a cross-functional team: the Executive Innovation Governance Group. LEGO shares responsibilities for innovation in all areas across 4 groups and expects different degree of innovativeness from each of them.
The innovation process model they create, involve awareness and a shared understanding of innovation on the whole group. Through the four pillars of business, product, communication and process, the model illustrates three level of innovation: adjust, reconfigure and redefine. In every innovation project, the first step is to define the group’s business objectives and the project goals concerning end-user experience.

How to adapt to new customers experiences?

Lego was specialized in toy’s construction. They were seen as a gift by young children, but also like share moments between a son and his father within the family. Indeed, a decade ago, the customer experience was to share good moments in family, between brothers or parents for example. More, parents offered constructions toys to make their child creative, inventive and smart!
Today, a new way of use is born; nowadays majority of children became digital fans. Lego know that and has changed his offer. The aim is to follow this new way that’s why the company proposed many movies, applications, Video-Games…
Indeed, the new customer experience is to play in front of a screen (alone), smartphone, video games tablet or movies. Those digital supports are the new way to play and make children addict. Another approach to use it is Lego Digital Designer, the goal is to create your own project, and toys are almost dematerializing. Good point for this firm, they follow the digital wave.
Lego has focused on co-branding strategies with successful products, created around 34 video games and recently a movie, “The Lego movie”. It is really attractive to note that the main goal of this movie was to add an extra dimension to Lego’s brand, and it works pretty well as it earned more than $410 million in the Box office. They has also developed partnership with entertainment companies in order to capitalize on fandom to reinforce brand loyalty, as grown-up aficionados of products spend incredible sums to acquire out-of-print sets or painstakingly build stop-motion animations of scenes from their favourite TV shows or movies.

In a world of infinite change with the development of augmented reality and the launch of 3d printers, we can wonder what will be LEGO’s next innovation and what will be the future generations’ expectations…